Just Ask Jesus: God show me how You fight my battles 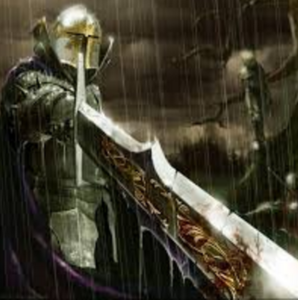 God had other plans for my usual Wednesday Prayers that Heal the Heart class. There was a strong sense of spiritual warfare as people entered the room. So, instead of our class, the Lord gave me the idea to facilitate Mark Virkler’s “ Roaring, Crying Out and Prophetic Gestures Release Miracles Exercise. As I facilitated a group of 5 through this process, I participated in it as well. For me it’s a “Letting Jesus Fight your Battles” exercise. What I like most about this experience is that it gives everyone a picture of the Names of God: Strong Tower, Almighty, Shield and Banner. It gives us the image of the power of God up and personal to protect, fight and defend us. And it shows us the power we have as children of the Living God to fight with HIS Might and not our own.   The steps of this process are detailed in Marks blog link above. I just wanted to share my own Jesus encountering personal experience of this exercise with you.

The issue that I was laying at Jesus’ feet was one of what I thought was instant gratification and lack of self-control related to eating at night. But God put it onto greater focus. The real issue was self-effort, striving to handle things on my own, without the power of the Holy Spirit.

The exercise asks that you imagine Jesus and you in a battlefield fighting the enemy demons that have been messing with you.  My battlefield was a dark swamp with stepping stones. There were many demons that looked like varied sizes of water creatures and fish with sharp teeth. One looked like an alien. There was one large leviathan, a great sea monster whose name was “Self-Effort”.

Jesus was large and wearing a body of Armor; The Full Armor of God. (Ephesians 6:10-17) His light was bursting brightly through the armor meal. I was hiding behind Him, watching. Full armored Jesus took one step out on to the stepping stone and at the sight of Him the demons fearfully dropped underwater and out of sight; all but the sea monster “Self-Effort”. Jesus was speaking rebukes with a loud thundering voice telling them they were not welcome anymore and that this was the day they would die!

Then Jesus grabbed me by the arm and pulled me ‘into’ Him. I felt myself pass through the armor until I was covered by HIM inside the armor. I could feel what it felt like to “clothe myself” with His confidence and power!  Romans 13:14 “Instead, clothe yourself with the presence of the Lord Jesus Christ. And don’t let yourself think about ways to indulge your evil desires…” His power and strength was surging through me. I was roaring loudly, commanding this and all of the demons to leave. The others participating in the  group were also shouting commands loudly telling the demons to leave with the authority of God we had as children of the Living God!  Roaring, or speaking out loud with God’s authority is important to the process because it activates your faith in the situation.

Then I heard Jesus command me to strike the final blow!  I wielded the Sword and effortlessly sliced off the head of the demon “Self-Effort” and as I did, the other demon fish floated to the top of the dark water, dead as well. They were linked and fueled by this one and no longer had power or dominion either. It was AWESOME! Then I praised and thanked God over and over.

I had just experienced Ephesians 6:10-17; “10Finally, be strong in the Lord and in the strength of His might. 11Put on the full armor of God, so that you will be able to stand firm against the schemes of the devil. 12For our struggle is not against flesh and blood, but against the rulers, against the powers, against the world forces of this darkness, against the spiritual forces of wickedness in the heavenly places. 13Therefore, take up the full armor of God, so that you will be able to resist in the evil day, and having done everything, to stand firm. 14Stand firm therefore, HAVING GIRDED YOUR LOINS WITH TRUTH, and HAVING PUT ON THE BREASTPLATE OF RIGHTEOUSNESS, 15and having shod YOUR FEET WITH THE PREPARATION OF THE GOSPEL OF PEACE; 16in addition to all, taking up the shield of faith with which you will be able to extinguish all the flaming arrows of the evil one. 17And take THE HELMET OF SALVATION, and the SWORD OF THE SPIRIT which is the Word of God.”

Not only did this experience give me release from the stronghold of Self-Effort, but it gave me the picture I needed of how to allow Jesus to work His power through me with greater effect. Verse 10 says that I am to be strong in the strength of HIS MIGHT, not my puny might. I had never thought of the Armor of God quite like that. I always pictured MYSELF putting on the Armor, not stepping into God’s ‘skin’ in a sense wearing that Armor as HIM and not me.  That new picture can really make a difference not just for this stronghold, but for all issues for which I may tend to try to take personal control.

Everyone in the group had success with this exercise. They all had different issues, demons, pictures of Jesus, images of battlefields, and different weapons. Demons all took different forms too; like stick figures that lay flay on the ground and were scraped up with a divine spatula. Another saw flying gnats that were killed with a can of heavenly bug spray. God is creative and knows exactly what picture will work for each heart.

The release felt like a heaviness lift off their chests, or a peace flow through them. This really worked well. We all shared our pictures of Jesus and I think even hearing other people’s stories and pictures gave us all even more pictures for which we can anchor our faith in the God who fights our battles.
If you would like your own picture of how to have Jesus fight your battles, check out Mark Virkler’s exercise yourself and share below or on his blog, what God did for you through it.

If you would like to be able to Ask Jesus questions like we do in many of our blogs and have Him answer back to you personally, we can show you how.  Please see our foundational teaching on 4 Keys to Hearing God's Voice.  If you already know how to have these conversations, join the discussion and share what Jesus is saying to you!

Learn more about Patty Sadallah or read more from this author.